FuelEd founder, Megan Marcus, shares more of FuelEd’s history and where she sees the organization going in the future.

FuelEd was founded by Megan Marcus in 2012 on the principle that relationships drive learning. While training as a therapist and serving as a researcher for the book The Social Neuroscience of Education by Dr. Louis Cozolino, Marcus recognized the parallels between the teaching and the counseling professions: both are founded on connection, both could promote human development. She knew she was on to something. Her action: pursue a Master’s degree in Education, Policy, and Management from Harvard University to explore whether elements of therapists’ professional training could be translated for an educational audience. Shortly after graduation, Marcus incorporated FuelEd as a non-profit organization and launched her organization with a three-day pilot training for 10 teachers at Houston’s YES Prep Southwest.

Since then, FuelEd has partnered with over one hundred K-12 schools, organizations, and educator preparation programs across the country to help educators develop the emotional intelligence, self-awareness, and attunement necessary to build secure relationships that drive learning and development.

I sat down with Megan to have a conversation about FuelEd’s history and where she sees the organization going in the future.

What initially sparked your desire to start FuelEd?

I was always a relational person. Relationships were my natural habitat. I liked being in relationships and thinking about relationships. It was organic for me. My mom is a clinical psychologist and I was this weird kid who wanted to know more deeply about what she did for a living, to hear the stories about the people she was helping. So I was drawn to psychology and psychotherapy and, even from a very young age, I was pretty sure I would be a therapist. But I also loved children and remember dreaming of becoming a teacher, because I had a teacher who really cared for me and that made a lasting impact.

Fast forward to my first job at the Teaching, Learning and Counseling Consortium at California State University, Northridge. The “TLC” is an interdisciplinary center that trains both counselors and teachers, respectively. I got to see these two fields operating under the same roof, without much crossover and that seemed like a miss. The seed of the FuelEd idea was being planted.

Then, in spring 2009, I attended a conference called “Learning in the Brain” that changed my life. I looked around the room and was shocked to see how many educators were hungry —voracious — to learn what I thought were the basics of human development. I was sure this information was part of teacher education, but if it was, why were these teachers having to come to a one-off conference to learn about it? That was the first clue that there was something awry with the way we are preparing educators. At the same conference, I was introduced to the field of interpersonal neurobiology, which views the brain as a social organ and humans as social creatures who grow through relationships. Suddenly, every cell in my body was singing: yes! This affirmed what I’d always felt and believed on a personal level. But it was also exciting to think about the potential of this field to transform educational outcomes for students.

We could have a whole different world.

Fast forward to one year later, and I was searching for my next step professionally. I reached out to one of the conference speakers who’d inspired me, Dr. Louis Cozolino. Unbeknownst to me, we were living in the same city, at the time. So, just one day after reaching out, I found myself sitting face-to-face with Dr. Cozolino, telling him about my burgeoning interests in psychology, education, and social neuroscience. He promptly invited me to join him as his Research Assistant and a graduate student at Pepperdine University. He was about to embark on the process of writing a book: The Social Neuroscience of Education.

So began a two year process of exploring the power of the teacher-student relationship and realizing the science behind why it was that the best teachers are plainly the best at building relationships. At the same time, I was taking classes on theories and techniques in counseling and psychotherapy, so the opportunity and need to bridge these two highly interpersonal fields became more and more apparent.

As our work on the book came to an end, I knew I would no longer be a therapist as originally intended. This mission called to me: the need was too great, and the opportunity held too much potential. I would have joined another organization if I had found one. I looked, it wasn’t there, and I could not turn my back on this. I felt responsible and I felt excited. I felt like I had a vision of something the world needed. Better yet, I didn’t need to create anything new, we just had to build bridges. Bridges between disciplines, psychology and education. Bridges between professions, counselors and educators. And bridges between research and practice. And in doing so, I hoped to and continue to hope to create a new norm, a new definition of what a teacher is and can be.

Learn about Empathy School & our other programs

What have been the most rewarding parts of starting FuelEd?

A big highs have come from breakthroughs in our program innovation and design and seeing the impact that our work has had on people’s lives. Not just their professional lives but very often the personal change impacts them at home first. I have a lot of pride in the counseling program that we created. As far as I know, we’re the only organization that fills this niche for teacher mental health, in this way. I’ve also enjoyed watching our team grow and the incredibly unique, relational and growth promoting culture we’ve built internally.

What have been the most insightful or revelatory findings from FuelEd's work?

I continue to be surprised by the flash of insights educators have when they connect their experiences of early childhood to who they are today. It takes my breath away. The fact that all humans don’t know that the way they’re cared for by their first caregiver impacts who they are today continues to shock and amaze me, because it’s such a disservice to people to be without this knowledge and awareness.

I’m also continually amazed by the healing that happens when people are there for each other. There’s such hope in the fact that we can transform and heal each other. We walk around with that power, every day. The power of relationships. The deep self-work that educators do when they experience caring relationship - it’s amazing and it’s needed and it’s what FuelEd brings as a core innovation to the field of Social Emotional Learning (SEL). I believe it underpins the success of any other SEL intervention out there.

There’s such hope in the fact that we can transform and heal each other. We walk around with that power, every day.

What are your hopes and dreams for FuelEd in the next several years?

Some of what FuelEd is promoting is new, but so much about it is ancient. Relationships, our ability to connect, is a strength of our species. If we can get enough people to see the vision we see, of teachers as secure attachment figures, we can spark a movement of educational engineers — not inventors — but bridge-builders who can design and apply new ways to train, develop, and support teachers. With enough of us doing that, we can tip the system so that social and emotional training for educators is the “new norm,” secure attachments are at the center of every classroom, and human development is the primary goal and outcome of our educational system. If there is any hope for a better world, we must take these steps to rethink education, repurpose schools, and retool educators to fuel schools with the power of relationships.

I feel like we have uncovered a secret that can change the world, and I want us to keep in pursuit of that vision.

In 2017, Megan was named as an Ashoka Fellow, "a leading social entrepreneur recognized to have innovative solutions to social problems and the potential to change patterns across society.” Check out the video below to see how Megan and FuelEd are striving to transform education with the power of relationships and learn more about Megan here.

Bring FuelEd to your school, district, or organization

Get the latest from our blog 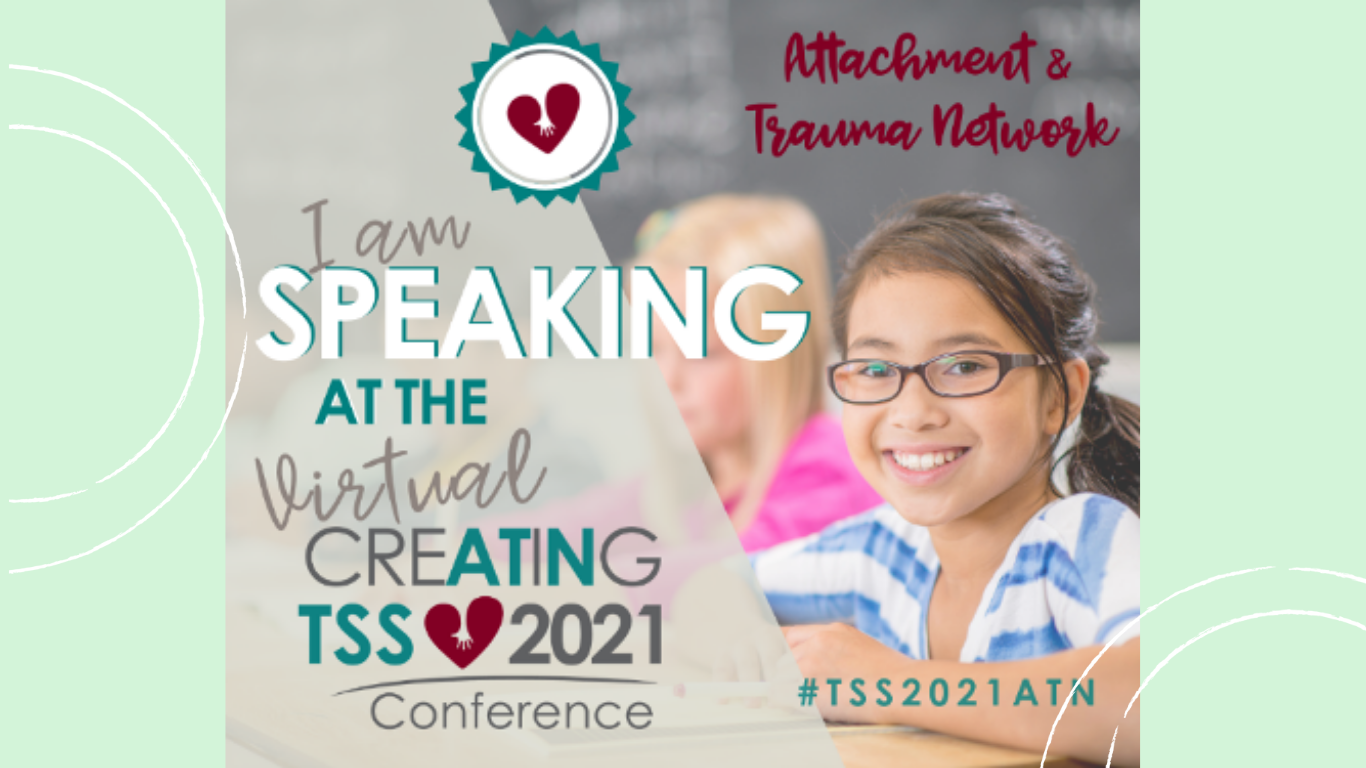 Trauma and the Healing Power of Empathy

We're excited to be presenting at the 4th Annual AT|N Creating Trauma-Sensitive Schools Conference this year happening from February 15th through the 18th. 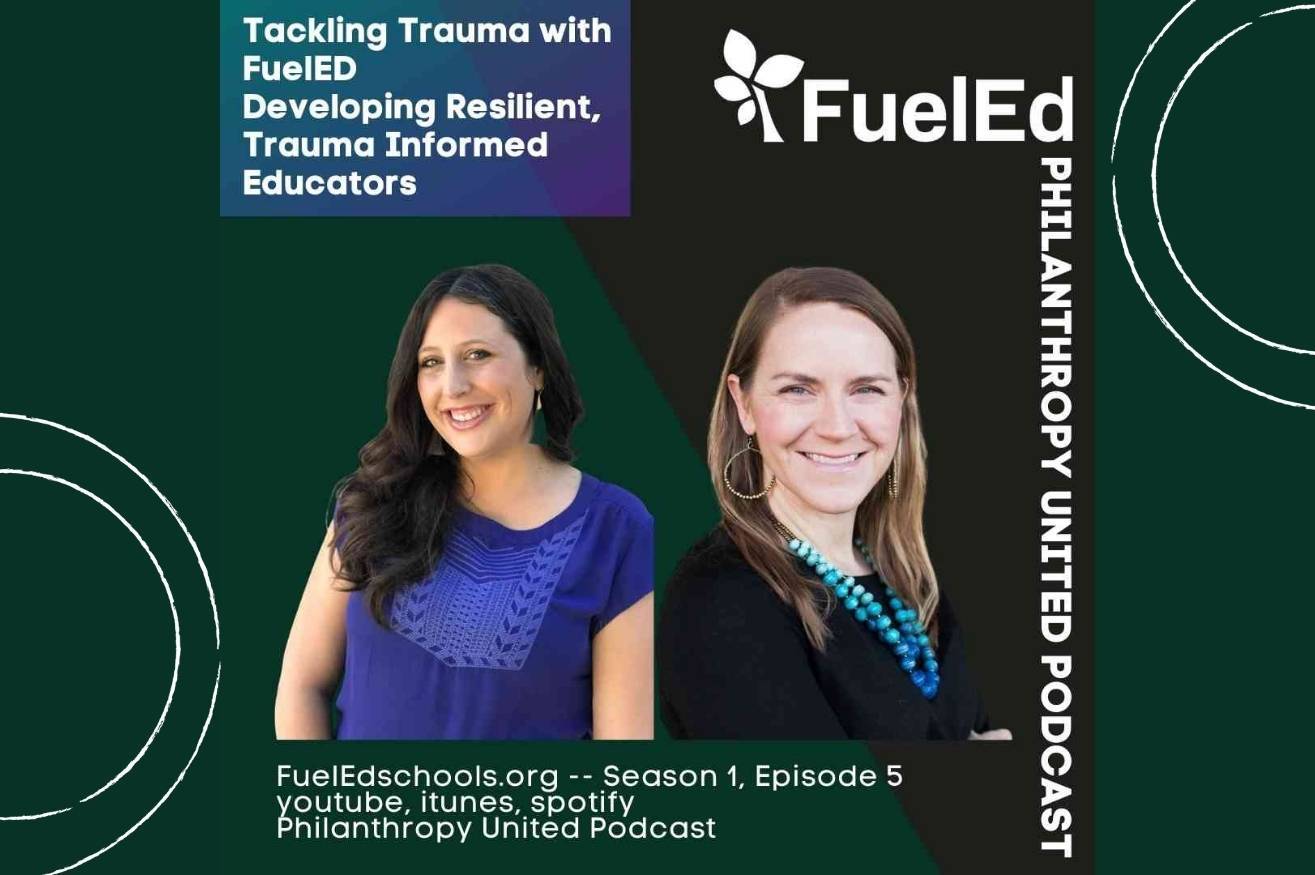 How Does Neuroscience Intersect With Education? - Podcast

Let's get in touch